​FALLING UP: A MEMOIR OF SECOND CHANCES

Falling Up is a moving personal essay about the struggle to become an authentic, vulnerable, purpose-driven man in the 21st century and, ultimately, about making one’s dream a reality. Along the way, award-winning poet, Scott Edward Anderson learns to see the world anew through the eyes of his children, through a deep engagement with the natural world, and through learning—and teaching others—to tell stories in a more personal way. Falling Up is a late bloomer’s coming-of-age story as much as it is a book about choice, intention, and commitment.
​
“An inspiring one-sitting read, this episodic memoir is a gentle reminder that no matter whether we possess precocious genius or bloom late, it is not important whether we leap or fall—it is essential that we descend to rise. Falling Up is a small but multi-faceted gem.”

~Whitney Johnson, author of Disrupt Yourself

“A brief, bold, and brave view into the inner and outer life of a man with a mission.”
~Maria Rodale, author of Organic Manifesto

“Anderson’s account of his search for what matters most might be the nudge that readers need to find their own second chance. An inspiring read for anyone seeking meaning in their work or in their life.” 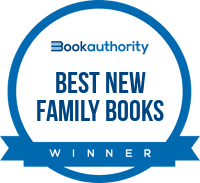 Scott Edward Anderson’s Dwelling: an ecopoem is a sequence of poems—and prose “questions”—that initiated as a conversation with Martin Heidegger’s essay, “Building Dwelling Thinking.” The poems depart from there to explore the nature of our dwelling on earth, how we conceive of our place and concept of home. The prose questions further explore the concepts offered by the poems while trying to define what makes an ecopoem and touching on the complicated relationship between Heidegger and the poet Paul Celan. Poet and essayist Alison Hawthorne Deming has called Dwelling: an ecopoem “a phenomenology of how we live on the Earth.”

Advance praise for Dwelling: an ecopoem

“In the spirit of Gary Snyder’s Turtle Island and The Practice of the Wild, Scott Edward Anderson leads us on a journey into place and the idea of place. That journey is driven by the burning questions of how we find a home on this planet, in this transient, often-brutal world, and how we heal through home. Anderson writes profoundly of ‘learning a place, intimately’ and the way that ‘Home inhabits you,’ and if you follow him, or better yet dwell with him for a while, you may find your own ideas deepening, growing and, with luck, taking root.” ~David Gessner, author of All the Wild That Remains and Return of the Osprey

“With the timelessness of art and the urgency of urban design, Scott Edward Anderson creates an ideal mixed-use development of poetry, ecology, philosophy, and ethics suffused by psalm, elegy, meditation, and ode. Dwelling: an ecopoem rings with -ings, the ending that means continuing, the suffix that propagates nouns from verbs. Through the lyric intimacy of couplets, the rhythmic breath of anaphora, the architecture of logic, the intentionality of hands-on practice, Anderson essays his own poetics of space, and in doing so he ushers us—"diving deep/ into the soil and breathing it all in”—into the home of this world.” ~Laura-Gray Street, author of Pigment and Fume and co-editor of The Ecopoetry Anthology

“If ‘home is a house made of breath,’ then poetry is a kind of home, a dwelling, where writing poetry means letting dwell, an act that requires thinking, in the stream of what Scott Edward Anderson calls ‘langscape.’ Anderson’s ‘ecopoem’ gracefully negotiates this movement between building, dwelling, thinking (including the question of thought’s error) in the embodied breath of verse and prose, troubling the ecotone between essay and poem. Sensitivity to our combined separation from yet dependence on a manifold earth bridges care for ‘tiny/ pulsating noises . . . so small as to be almost/ inaudible’ with the thinking aloud of a wanderer’s song, attention to the fox liberated from an empty swimming pool with the architect’s doubling of space within a watershed. In an age defined by too much thoughtless building, Anderson returns poetry to its ancient vocation of saving, healing, giving back.” ~Jonathan Skinner, founder and editor of ecopoetics

“Scott Edward Anderson’s writing in Dwelling falls in what we might classify as eco-literature. It is part of an ever-burgeoning sub-genre that deals with the climatic perils of the present world — where man relentlessly and foolishly pushes nature’s delicate balance towards a path of destruction. The idea of Anthropocene is most evident in the poem ‘Mapping’, providing clues that form the heart of the book: ‘Nature’s boundaries / defined by interconnections, / and geophysical fact / not geopolitical friction — // Aspect, climate, elevation, / land forms and bodies of water, / aggregation of species, / watershed divides, / soil, time, bedrock, strata, /and shifting — // of this we are certain: / boundaries are always shifting. / (Only Man tries to deny this, / imposing order where chaos rules.)’ The structure of this volume is unique and inventive — it is a dual sequence of poems forming parallel books. The first is the main body — the poem sequence and a series of prose “questions” about the themes in the poems — and the second is a series of “definition poems” that actually runs as a footer along the bottom of the book. Scott Edward Anderson’s poems in Dwelling are probing and important — this is a fine and urgent volume.” ~Sudeep Sen, author of Fractals: New & Selected Poems

“Scott Edward Anderson’s Dwelling: an ecopoem is very beautiful and moving and lyric, and the definition poems, running across as a footer, feel like a little whisper along the bottom of the page, seeming somehow intimate.” ~Erin Belieu, author of Slant Six: Poems

order yours
Proudly powered by Weebly